Crown Prince Has A Sweetheart 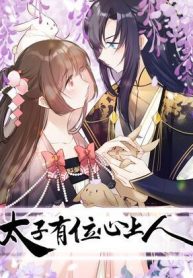 Her name is Shen Yao. The ladies in the capital are jealous of Shen Yao because of her childhood friend the Crown Prince and many princes and concubines.
But it’s all just an illusion, because the most annoying person is the Crown Prince. He had disliked Shen Yao since he was a child and even wrote an annulment letter, trying his best not to marry her.
So Shen Yao decided to give up, and cut off the engagement! The crown prince is happy to have broken the engagement, but…
Crown Prince: “Who is the girl playing polo with Jiang Er?”
“Who is the girl sitting at the table with the Fifth Brother?”
“Who is the girl who studied with Kang Yi?”
Servant: “She is the wife of the general, Mrs. Shen Yao!” After breaking off the engagement, the Crown Prince did not sleep well all night and could not forget the little blue plum girl who followed him.

The Villainess Refuses to Flirt with the Male Lead