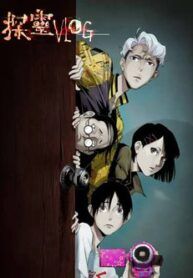 Rong Xiaoqiang is the photographer of a vlog group that specializes in filming haunted events. This group has no name and creates gimmicks through fraud.
However, he does get a DV player that can shoot ghosts, and what is captured in the scope becomes insidious and dangerous beyond the imagination of ordinary people. This camera has brought massive traffic to vlogs, money-hungry and popularity.
The team members defied the danger, followed the evil’s grave and died, every scene became more and more dangerous.

Reincarnated Into A Warlock 66,666 Years Later