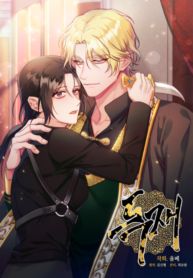 “Friedrich Dürrenmatt once said, ‘It is only in love and murder that we still remain sincere.’ Since you’re still alive, does that mean I love you?”

Every single moment she’s kept alive will become his weakness.

To kill her or let her live? “You are very strange.” “You’re strange as well.” In his head, he had killed her many times and revived her just as many.

He who desires dictatorship so much to even spill blood, the Arab Sultan, Ashan Al Rujerta. And the girl who stands in front of that cruel man’s gun, Han Seoyoon.

“This little game is over.” The girl’s favor to this frightening, honorable tyrant is as dangerous as a game of Russian Roulette. The Arab Federative Empire, Oman. The extraordinary sun of that empire, Aska. The way he laughs is so innocent and unbefitting of a country’s ruler. “Isn’t it suffocating?” “A little.” “Should we run away together?” She reached out her hand to him without thinking. If she said she was joking now, Aska would definitely chop her hands off. “Take responsibility for what you said.” That’s how Han Seoyoon kidnapped one of the greatest sultans of Oman.
The Dictator

Second Life on the Red Carpet

My Husband Was Once A Long Aotian