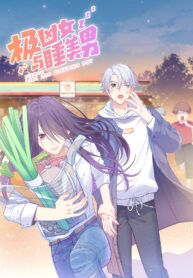 Fierce Girl and Sleeping Boy Average 5 / 5 out of 1

She looks super fierce in appearance. Ji Xiongxiong, who is often mistaken for a gang leader, is actually a poor and soft girl. One day because she wanted to make extra money, she got acquainted with her schoolmate, Ling Ruobai.
Ling Ruobai was cursed since childhood, he easily fell asleep anytime and his soul would randomly attached to certain objects. In order to prevent this secret from being known by others, Ji Xiongxiong was forced to become Ling Ruobai’s bodyguard, and the daily life of laughter and love began…

Your Majesty, I will raise you well in this life