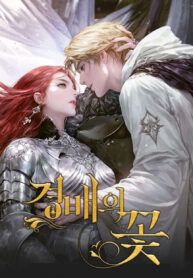 At midnight, the woman who would become the duke came to see me. She told me that my father and mother had passed away and that my kind uncle had become an emperor.
She even told me, the crown prince, that I wasn’t worth living in hiding.
“Not long ago, His Highness hid from me. I wonder if it was for the sake of survival? It’s not just because your parents died that you have no reason to live. In fact, alone That fact alone is reason enough for you to live. If you just died like this…”
What if I died right now?
I looked her in the eye and tried to ask. The woman finally spoke the harsh truth with sympathetic eyes.
“It will be like the death of a poor dog.”
“That’s rude…”
It’s been a long time since I said that. In a short period of time, I was treated like a madman and beaten to death for saying the same things. She loosened her grip on me and I suddenly froze at it. I thought she loosened her arm because she wanted to hit me. But she didn’t.
She knelt down in front of me, like a knight.
“Hello Hastred’s Sarian. Please accept it.”
My first knight was beautiful and kind.
“Are you on my side?”
“Of course, Your Majesty.”
It’s all just lies.

A Young Miss Past Life

I Raised My Childhood Friend as a Tyrant