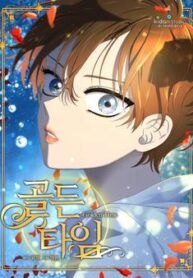 with “Golden Time”, the second part of the Light and Shadow trilogy. Alex, the Duke Eli and Duchess Edna’s eldest son, has accomplished brilliant achievements.

But he doesn’t want to be a frog in a well protected from dangers by his parents, thus he sets out on a journey to become a real king. While he gathers trustworthy companions, one by one, Alex begins to feel attracted to Kenny, an extroverted wandering young boy that joins the group by accident. It turns out that Kenny’s real identity is Northia’s Second Princess and Duke Frederick’s wife. The joy of the meeting in another era, the love of the two would bring the burning fire of a great war.

Originally A Lady With One Line