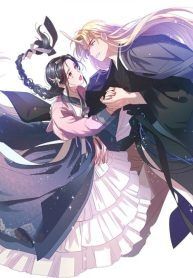 What if a myth from 300 years ago wasn’t just a myth? According to Joseon legends, it has been told that Haechi, the youngest son of the Jade Emperor, was inseparable from the Princess So-yang. Following the recent discovery of the princess’s tomb, Lee Young-gwang is chosen to curate the exhibition. However, it seems there were more than just ruins in the tomb that was excavated… Haechi reappears in modern-day Korea to search for his princess. Will he be able to find her? And is Young-gwang ready for the adventure that awaits her, full of danger and centuries-old vengeance?
Princess Soyang and Haechi / Soyang Princess and Haechi / 소양공주와 해치

Let Me Stay Over Tonight!

Magician From the Future