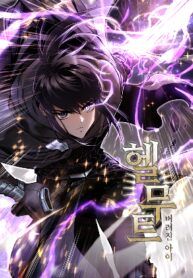 [By the studio that brought you ] Helmut was a child who had been abandoned in the Magic Beast Forest at birth. Raised by Magic Beasts, the first human that he met was the Sword Saint Darien. Little did Helmut know that the chance encounter would soon shake the foundation of his fate… “Grow stronger If you want to get out of here.” The boy who’d lived like a beast was thrown into the human world! He possessed overwhelming swordsmanship, outstanding looks and sharp intelligence, but there was one thing he lacked: humanity. I am no longer prey. I am now a predator!
Helmut (Honyo)
Helmut: The Forsaken Child
헬무트

The Evil Empress Loves Me So Much

I became the sister in law of my ex fiance