How To Stop The Tyrant’s Blackening 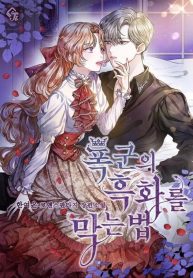 Read manga How To Stop The Tyrant’s Blackening on teenmanhua

She became a member of the Blackmak family.
It was a dark clan that blackened the emperor and gave him the opportunity to become a tyrant.
What is the future of the family? >>> it collapsed
my future too? >>> it is death
*
The worm-like eyes returned. I understand that feeling. Because so am I.
“I haven’t been able to sleep well these days.”
“My mind is blank.
My heart beat like crazy.
You don’t think your head will explode? ”
The perfect man looks at me with dark circles under his eyes.
Of course.
Just trust me.
I have to stop the emperor’s blackening.
**********

It’s a fantasy romance story, the heroine has the ability to eat dreams, or in other words, turn bad dreams into good dreams, using her power against the future tyrannical emperor. hybrid, who had become weak and sick from a nightmare.
She will change the future!

Is scheduled to be updated on December 13 at teenmanhua. Do you want me to translate it?
Hope this will be a good story to start a new week well.