Husband, the throne is mine! 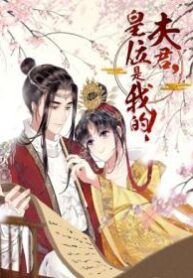 The female emperor Chu Xi died of overwork and traveled to the world of male respect. When she encountered the frail and sickly prince Xie Yi, with the intention of “robbing men of the people”, the two became married. Chu Xi, who was unwilling to succumb to fate, did not intend to follow the trend. What’s the point of being a princess and queen? Isn’t it fragrant to make a serious career and open a harem?