I Became a Millionaire’s daughter 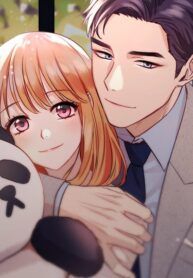 I Became a Millionaire’s daughter

Lee Yoori, an employee of the EG Department Store HR team, and Lee Yool, the youngest daughter of the EG Group President, fell from the 10th floor building. Lee Yoori, surprised, woke up in Lee Yool body. But Lee Yoori believes that one day their bodies will return to normal. Lee Yoori lived her life as a daughter of a conglomerate. But the thing is, Lee Yool has a fiance and they’re going to be married soon! Will Lee Yoori successfully overcome all obstacles as a daughter of a millionaire?!

No Way, My Best Actress Wife

When You’re Targeted by the Bully