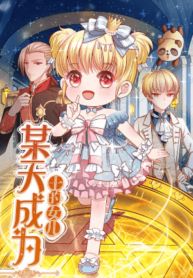 A car accident allowed her to cross the magical world, she was reincarnated to a baby! She participated in a competition and won. Then, she was adopted by the emperor and became a princess. However, the other adopted princesses are all given with luxury treatment. But why is it that only she lives in small firewood house? She is also beaten and bullied by the other princesses? She will do whatever it takes to fight back. When she shows a brave fighting spirit, the cold-blooded emperor finally came and said to her: “This little brat, is a little interesting.”

Please follow this story with me, don’t forget to leave your comments. Hope you will always support me >>teenmanhua.com<< Thank you!

Travelling Through the Universe’s Flower

I’ve Been Here From the Beginning ss2