I Became the Tyrant’s Translator 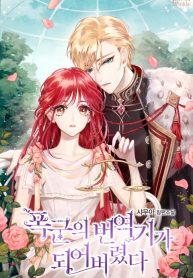 Read manhwa I Became the Tyrant’s Translator
Mikael, a tyrant more alone than anybody else, and Leticia, the only one who truly understands him. She stays by his side for a decade, serving as his interpreter as she is the only person who can understand him. She announced her resignation so that she may enjoy her second life… “I’m begging. Please stay by my side.” The tyrant, in fact, had been deceiving everyone by speaking solely in riddles. “Why did you do this?” Mikael slowly spoke to Leticia who was overwhelmed with shock and betrayal. “Because it’s the only way to keep you by my side.”

I Accidentally Saved The Jianghu’s Enemy

I’ll Save a Decent Family