I Changed My Life By Signing In 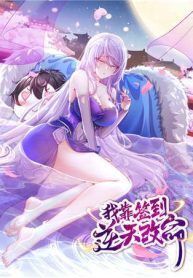 我靠签到逆天改命
After the male protagonist crossed, he was mistakenly taken in by the Jade Female Sect, which was full of female disciples, and became a nursing home to watch the gate. Favoured by the god-level check-in system, he obtained a magical physique that had never been seen in ancient times: the Spring Heart Divine Body. It is necessary to constantly adjust the girls to obtain welfare stimuli and convert the excitement points into cultivation. The Jade Girl Sect is surrounded by strong enemies and is in danger. In order to protect his own En (NV) people, the male protagonist relies on the super god sign-in system, fights the same way, kills the demon Xiu, fights the alien race, and zhen eight.

A Villainess’ Revenge Is Sweeter Than Honey

Why She Lives as a Villainess