I Confessed to My Mortal Enemy 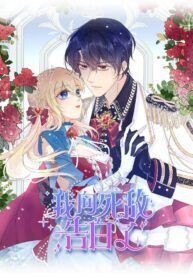 我向死敌告白了; Wo Xiang Sidi Gaobaile
Jiang Mi was originally a hard-working social animal in City A. At 1:00 in the morning, Jiang Mi, who finished overtime because she helped her colleagues with the PPT, was so angry that she ran to the Internet to express her anger on the most hated female supporting characters in the novels she had read before. Unexpectedly, she traveled to this novel. inside. What’s even more outrageous is that he turned into the villainous female supporting actress Oye Fu in the novel. Although Oyve was the duke’s daughter, but because of repeated evil acts, he finally died under the sword of the male protagonist. I know Oyve is sad