I Have Become a Crow 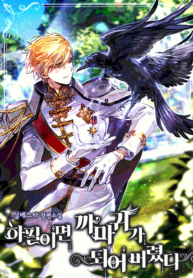 Read manga I Have Become a Crow on teenmanhua

After Yeo-ju died in an accident, she was reincarnated as a crow. The first place she opened her eyes was in the forest, she was afraid she would have to live like a crow in the future.
She needed to find people to support her, she searched for people and found Crown Prince Kamut. She hopes that the Crown Prince will accept her in the future and take care of her wholeheartedly.

They hide from the Orcs, bring them food and find some herbs… It even gives you a ‘Crobanlock’, a fruit capable of awakening your character.

So the Crown Prince fell in love with this clever crow and gave her the name Raynell. He brought it to the Imperial Palace and started keeping the crow as a pet.
Later, Yeoju can also eat Crobanlok and transform into a human.

What I Decided to Die For

When a Thousand Moons Rise