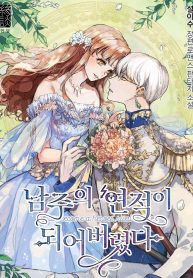 Read manga I become the rival of main characters on teenmanhua

“I’m gonna live with Irene for the rest of my life.”

“I said, I won’t get married and I’ll spend the rest of my life with Irene!”

I wish I heard it wrong. Regrettably, I couldn’t stop Claudia.

“As long as I have Irene, I don’t need anything else.”

The three men looked at each other, then glared at me with angry eyes.

The insane obsession of The Crown Prince’s possessiveness, the smiling Duke yet something malice hid underneath him, and the cold eyes of The Knight that sent chill to my bones. It’s as if they regarded me as their rival.

“Shit. What kind of situation is this?”

I become the rival of main characters

Happy Ending for the Time-Limited Villainess

When the Dragon King Falls for the Loli Alchemist

My Fairy Loves To Get Jealous