I Just Want to be a Useless Duke’s Daughter 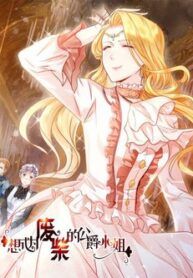 I Just Want to be a Useless Duke’s Daughter

Asterin, who has crossed into a fantasy novel to become the duke’s daughter, does not want to become the same character as in the original book, since her character was a shallow and love-obsessed girl. This rich and free-spirited girl, along with her two beloved cats, decided to ruin her reputation and throw away her money! However, one thing she wasn’t expecting was for one of her cats to be a dragon?! And so, under the protection of that great dragon, she began to accomplish many great achievements.

Reincarnated Into A Warlock 66,666 Years Later

The Demon King Who Lost His Job