I Led the Male Lead and Antagonist Astray 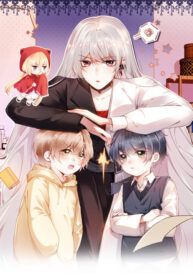 I Led the Male Lead and Antagonist Astray manhua, I Have Raised Both the Protagonist and the Antagonist CrookedlyFu Sang is a yin being that was formed from the resentment of the dead. By chance, she received the opportunity to be reborn as a human again. Bound by a trash system, the system tells her that she must raise the protagonist and the villain well so that they won’t be rivals due to the female lead in the future. By doing this, she will complete the mission. But Fu Sang only has the word “resentment” in her eyes. Raising kids = nourishing pure resentment. Not bad! And so Fu Sang began her journey of raising these kids, but she finds out that things may not be so easy.