I was mistakenly caught by an anonymous male lead 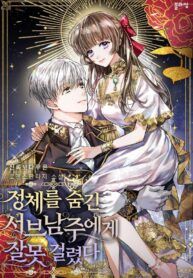 I was mistakenly caught by an anonymous male lead Average 4.8 / 5 out of 84

I Mistook the Hidden Identity of the Sub Male Lead

Read manga I was mistakenly caught by an anonymous male lead on teenmanhua.com 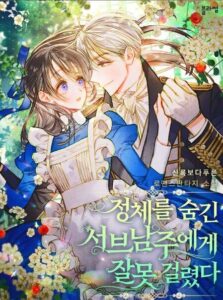 On the first day of the New Year’s party. In the middle of the party, Mayer recognized her as the villain in a novel.
The content of the novel is not important. First she had to try to survive.
Mayer tried not to get entangled in the original for a peaceful life.
But she accidentally learns a great secret not revealed in the novel!
“Ah…it’s a big deal, thought the curtains were drawn so no one was here”
Foolish Prince, Grandiel.
“I don’t know much about the direction here, I suddenly appeared here”
Nepenthes, the favorite supporting actor in the novel, are they all the same person?
***
“Mayer, you haven’t forgotten your promise not to talk to Ellex, have you?”
Grandiel curled the corners of his eyes while smiling cruelly. Could he be jealous……?
No, he must be on guard for fear that she will tell the original male lead his true identity.
“Aren’t I the one who followed you because I liked you? Why are you with the prince?”
No, Ellex. Why is he like that? He told her not to follow him, but what is he saying now?
“There seems to be a mistake here. Mayer is my personal maid. So get out of here.”
Moreover, why does the evil woman in the original love her so much?
The original is about an interwoven story between characters who want to run away from each other but things keep getting messy. Something is definitely wrong!

I Mistook the Hidden Identity of the Sub Male Lead

We Are Not Friends