I’m a Martial Art Villainess but I’m the Strongest! 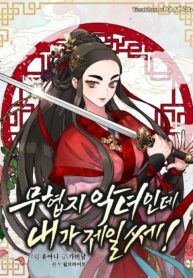 N/A, it has 6K monthly views

Our main character was an unsuccessful romance fantasy novelist when she gets into a hit-and-run then wakes up as the villainess in a best-selling martial arts novel. She uses the information from the novel that she had analyzed in her original life, in order to avoid her death-ending and finding the truth behind what had really happened to her.

To You Who Protects

My Mom is Not to be Messed with

I am the Older Sister of the Possessed Female Lead

Doomed to be a King