I’m Not a Warrior! 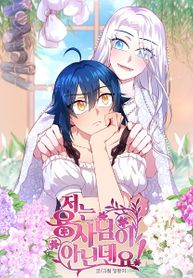 Read manga I’m Not a Warrior! on teenmanhua

“I’m a witch!” After ending the difficult life of Cheon Eun-ha due to an accident and bad luck, Bris was reborn as a witch in a fairy tale. Even from his friend Sion, he hides the fact that he is a witch and lives alone a little far from the village. Then one day, her fairy appears in front of her and she calls herself her dragon lord. “Yes? Fairy Ariel? Maybe the protagonist of that fantasy fairy tale? It’s unfair that the place of reincarnation is in a fantasy fairy tale I read by chance, but I have to become a hero to defeat the demon king! How can a witch do that?” And Bris finds out the truth about another witch… Is the villain in this fairy tale really the villain? 저는 용사님이 아닌데요; A Single Wizard’s Dormitory Apartment / I’m Not the Hero! / I Am Not The Hero! / I’m Not the Warrior! / I Am Not the Warrior! / I Am Not A Warrior! / I’m Not a Warrior! / I’m Not a Hero! / 私は勇者ではないんです！ / 魔女无法悠闲生活 / 저는 용사님이 아닌데요! / Accidental Warrior

In a passionate relationship

How to Get Rid of My Dark Past