Invite A Wolf Into The House 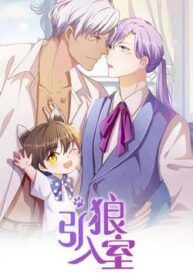 Invite A Wolf Into The House

His sister shipped her son to him in a box, and the wolf president mistakenly thought she sent him a radish (instead of Luo Bo his nephew) so he ordered it to be thrown out.

Fortunately, a broke vampire found the wolf cub in the trash. Although it is forbidden for vampires be near wolves.

He was charmed by the little one and brought him home, only to be tracked down by the big, bad wolf!

Crown Prince Has A Sweetheart

Interview with the Crazy Rich