Is It a Fortune or Is It a Woe? 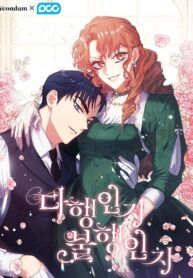 Read manhwa – Is It a Fortune or Is It a Woe?

Somehow, before the appearance of the female lead, I became the male lead’s temporary wife. Since things had already turned out this way, I decided to try my very best. However… “It’s so fortunate that someone like you became Cedric’s partner.” “… I’ll admit it. It’s a fortune that you were the one to become his wife, Dylan.” “It’s such a fortunate chance that you were the one to become the Lady of the Brighton House.” … I think I did too much of a good job. When Cedric’s destined partner arrives, I will have to leave. What should I do? To someone like that, Cedric had said this. “Would you have ever thought that the one I would fall in love with would be you?” …Would you still say the same to me after the real female lead, Adeline, makes her appearance?
For Better or For Worse

I Can See Your Death