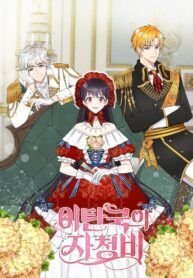 A fantasy romance transcending time and space! Jacheongbi, a student of Taekwondo, stumbles into the world of an ash-scented palace! After a spectacular win in the national Taekwondo trials, Jacheongbi meets a man from her dreams in the hospital garden. After choosing to follow him, Jacheongbi is led into a lake by the hand and opened her eyes to find herself in a glorious palace! Stuck in a strange country with no friends, how will she be able to return home? After hearing a tale of death in the river only to return to life with her help, Jacheongbi realizes her way home is through the river! Rather than returning outside where it’s full of danger, she remains in the place where she awoke. A situation in-which her mind couldn’t be made up… A handsome crown prince, her savior the Prince of Misfortune, and the playful, tomboy princess who claimed ownership of Jacheongbi— She begins preparing for a quick, safe return home…
Alternative Name:
Jacheongbi of peat country / Itan’s Jacheongbi / Jacheongbi of Itan Empire / 이탄국의 자청비

Reborn into a World of Yanderes?!

Rebirth Of The Top Villain

The Grand Princess Was Not There