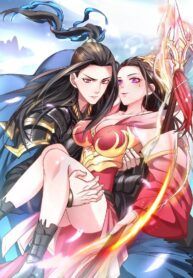 Xuan Qiu Tuo finds a heavenly scroll that will return him to the world where he died—a world, where his father reigns supreme as the Demon King.

The only catch: Xuan Qiu Tuo is brought back in the body of the recently deceased Su Yun Lan.

Armed with both the Heavenly Scroll and the Demonic Possession.

The secret cultivation technique of the Nine Hells Clan.

A new and improved Su Yun Lan is out for the King’s head and the Princess’s hand in marriage.

I Didn’t Save You To Get Proposed To

Can’t Go Too Far with the Unrelenting Duke

I Became the Sacrificial Princess