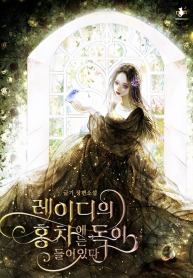 I possessed the novel with three people who were my counterparts. Among them, I became the prince’s fiancee and a villain youngae who ended her life with the guillotine ending. “I’m happy though. We are all female protagonists in novels, so we can spare our lives.” … Were all female protagonists? I rolled my eyes awkwardly and finally opened my mouth. “Ah… , I will soon be the guillotine.” * * * It caused inconvenience to everyone. I thought the best thing I could do for everyone was to break up… … . “We are breaking up.” “Belly, what have I done to you? If you have a reason, tell me.” You catch me asking for a breakup. “Belly. I have no intention of giving up on you.” “If you can escape, run away. Even if it were death, I would gladly follow you.” Apparently, the keyword of the novel was affectionate man. When did the keyword change to obsessive? Will I be able to see the ending safely?

My Second Husband Is Desperate And Depressed