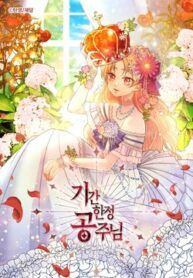 An ordinary employee Yun Jae-eun became Princess Diamantine from inside a novel! B.u.t. “Why of all things, even if I transmigrate, did I have to end up as someone who’ll soon get a death penalty, Sheillia, the villainess out of villainesses…!” Jae-eun, who has a hunch about her own unfortunate fate, decides to try to change Sheillia’s set fate. The dying princess, despite opening her eyes, Delphinium Palace where no one rejoiced was gradually changing that way but…
Princess Villainess

Princess and Her Ancient Vine

Dating With a Tail