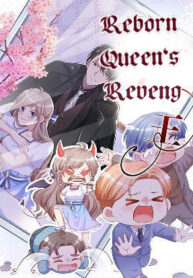 Another badass FL revenge on scums and bitches! She even slept with a president for she wants to get pregnant! But the president is not someone can be fooled around! What will he do when he catches our FL? Would he give her a good “punishment”? Yun Weinuan was cheated and killed by her boyfriend and best friend in her last life. As every story goes, she got another life and sweared to revenge those who wronged her. But her baby in the last life won’t come back anymore. So she comes up with an idea, that is, to find a handsome man, sleep with him, and get pregnant. She clearly didn’t expected that this man will be so furious after she runs away… Reborn Queen’s Revenge / Rebirth of the Scum Queen,重生之虐渣女王