My Brothers Dote On Me 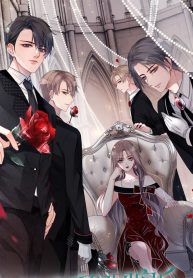 Read manga My Brothers Dote On Me on teenmanhua.com
When she woke up in a new life, she became a poor little girl who was sent to the mental hospital by her own brothers. So with the painful memories of the original owner in the previous life, Pei Yun Ge began to fight back and fight against villains from all walks of life! All the way she abuses the scums, all the way she feels cool! However, she suddenly found her three former scum older brothers have become spoiled sister devils? Not only that, she gained another strong and powerful ” older brother”, the more the older brother’ spoiled her, the more she suspicious Is this the path of spoiling that can never be recovered/returned?

Sweetheart V5: The Boss Is Too Kind!

The Survival Game Of The Villainess