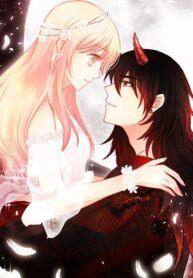 The story of a high school girl named Han Sowon who suddenly gets caught up in the night by a handsome genderuwo. In the morning he met genderuwo who last night in human form named Yoo Hyun. Han Sowon was confused because he had a strange power and could hypnotize the people around him. Her parents were hypnotized and told them to sleep together. Because they had no choice and Han Sowon was also hooked, they slept together until early morning. Yoo Hyun calls himself the god of protection for a reason. What is it that Yoo Hyun wants to protect that you need to lull together?

The Demon Lord Wants to Die