My Husband Was Once A Long Aotian 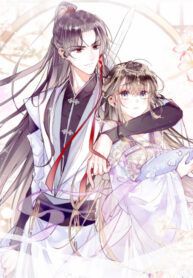 My Husband Was Once A Long Aotian manhua, Before transmigrating, Qin Wanwan was the happiest second generation Immortal in the Immortal Realm.She was a salted fish, a waste, but her parents bribed various outstanding figures who had fame and prestige to fabricate her achievement. Thus, she had a great reputation.Until one day, Jian Xingzhi, who cultivated Zhanlian Dao and had fought with people all over the world, came over to fight her out of admiration of her strength. With a slash of his sword, she transmigrated from the Immortal Realm to the novel “Strongest Mary Sue” and became the vicious Supporting Female, Qin Wan.

Do Not Mess with the Stupid Concubine

Reborn as a Dog