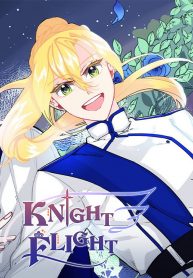 Amadeonte Elvin, the legendary swordsman of the Elcano Kingdom and the first woman to join the Royal Guard, and Cyonel Gavadien Meon, the prince who is entangled in a struggle for his succession to the throne and is hated by his own father. Two really different people who share one common goal: to escape the country. Will they be allied or enemies?
Knight in Flight / Knight Flight / Night Flight! / 나이트 플라이트

The Girl from Random Chatting

How to Raise a Cross-Dressing Master

Love by the Book

My Cute Baby Is A Wingman