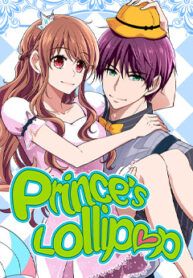 Ten years ago, Eunsol Seo tutored a child who bore deep scars in his heart. However, just as he opened up to her, she left, and ten years pass with neither of the two hearing about the other. Eunsol is now a thirty-year-old woman who is desperately looking around for work. After another failed interview, she meets a strange man while screaming in rage, and he suddenly jumps off the bridge in front of her. This twenty-year-old man turns out to be Danam Soh, the child she tutored in the past. A romantic comedy about the reunion between the thirty-year-old Eunseol Seo and the twenty year old Danam Soh.
왕자님 의 막대 사탕

The Escargot Boy Lives in the Attic

Romance is a bonus book

Born to Be a God