Ranker Who Lives A Second Time 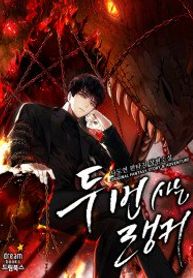 Read manga Ranker Who Lives A Second Time on teenmanhua

Yeon-woo’s brother disappeared many years ago, and he was heartbroken when he learned of his death.
As he copes with his loss, he is given a pocket watch and learns many things about his brother’s death. He was betrayed while competing in the Tower of the Sun God. Now it was Yeon-woo’s turn to use the knowledge his brother left behind. Will Yeon-woo be able to navigate that world and gain enough strength and experience to reach the top of the tower, defeating his brother’s enemies and all who stand in his way?

The Three Are Living a Married Life