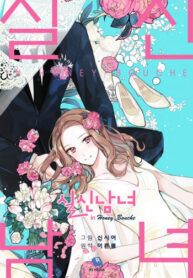 An owner of a wedding boutique , Hong Nanyi.
After breaking up with an old car she thought of marrying before, she later meets a Benz at someone else’s wedding. That’s when the three men appear. Three men who used to work as designers for underwear, bouquets, and shoes turned out to be gods. At night, they become Moonlight Reapers who binds people into marriage by a red thread to fulfill their work.
What did they look like in her past life? Who will stay by her side in this life?
This is a love story between three men and a woman.
Akai ito to Kamisama to Watashi / In Honey-Bouche / Red Thread God and Me / Silsin Namnyeo / Silsinnamnyeo / 실신남녀 / 赤い糸と神様と私 / In Honey Bouche