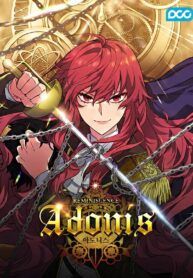 Ianna and Arhad had much in common. They both only cared about themselves, and were madly obsessed with each other. The difference is one wanted the other’s warmth, and the other wanted submission.Though Ianna’s life ended in a heated battle against Arhad, the Kingdom’s emperor, she is reincarnated into the same life for reasons unknown.Two people who faced misery in their previous life now have a chance to meet again. Will the same tragedy repeat itself, or can Ianna change the course of history?
Resources:
tapas.io/series/adonis
Source of collecting images:
bato.to/series/71089