S-Class Hunter Doesn’t Want To Be A Villain Princess 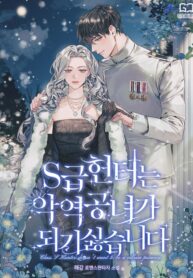 I possessed a constellation fantasy novel. After taking first place in the Hunter rankings for 10 years and clearing the tower… this time, she possessed a romance fantasy novel, the infamous villain Princess Law? [The asks where the hell is this place.] [ is confused.] [ is delighted with the familiar world.] Fortunately, I am not the only one who came, but the constellations also came. Just take a look, this princess isn’t usually a bad person, is she? Every day, assassination attempts and all sorts of schemes come in… [‘s skill LV.999 purifies Mandrake’s poison!] [‘s skill LV.999 heals wounds perfectly!] [‘s skill LV.999 puts the Assassin to sleep!] but what is this They are just too fresh compared to their previous lives. He tried to clear the mission while enjoying his free time, but now the male protagonist and his brothers, who were harassing him as a villain, start to cling. “It’s okay to be capricious, but it’s only for me. Do you understand?” “I regret that I didn’t trust you back then.” I don’t deserve to beg your pardon, do I?” There, even the mercenary king and the light of the empire are approaching me… “I have decided.” “What?” “I will serve Young-ae as my teacher.” okay. I’ll take revenge for what I’ve done wrong and I’ll give you anything you want, damn system, please take me home! An escape from the twists and turns of the No. 1 hunter Lee Young who mistakenly possessed a romance fantasy novel! Will she be able to return home after clearing this mission?