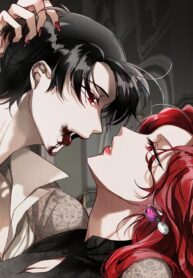 The relationship between the vampire seeking salvation and the two women surrounding her.
Vampire In Won dreams of a normal life, and learns new feelings when she meets her senior Juyi in college.
Se Yeon, a childhood friend who is obsessed with Won, tries to separate the two, but Juyi is annoyed by Se Yeon and deliberately approaches Won. The relationship between the three is headed towards destruction.

There’s No Friendship Between the Grand Duke and the Marquis

The Villainous Princess Wants to Live in a Cookie House