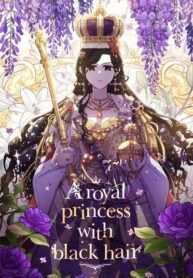 Crown Prince Karyuel and the neighbour country’s Princess Yurisien are married to each other but all they dream about is getting divorced as fast as they can! To make matters worse, the people around them also plot schemes to keep them apart. However, because they’ve experienced all kinds of adventures, they slowly became attracted to each other, unlike how they first met. Will the immature princess and crown prince head for a divorce like they first aimed for? Or… Will they stay with their marriage?