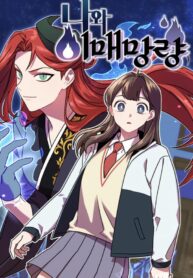 Read manga The Goblin And I on teenmanga

Jiyu has a special ability called “Psychological Measurement”.
Jiyu hid her abilities after receiving unwanted attention, pressure, and resentment from others.
However, an unusual girl named Hwa-young transfers to the school one day, and it turns out, she’s hiding a big secret – she’s actually an elf named Lee Mae Mangryang.
Now, to solve the incident in Arimgo, Jiyu has no choice but to solve the problem by herself.

Charming and the Beast

The Return of Princess Amy

The Second Male Lead is Actually a Girl