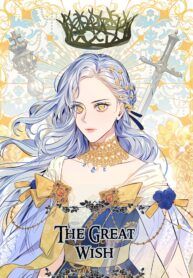 The Empire’s only princess – Sienna Argent.
She has everything from birth: intelligence, beauty, talent and even the right to be the next ruler of the Empire.
As her 20th birthday approaches, she begins to have dreams about her future. She thanked the gods for this power, but then her dreams began to become increasingly strange, depicting a future not what she dreamed of.
As her ally, a man begins to influence Sienna’s life both in the present and in the future. As her surroundings changed, she quickly began to change as well.

Follow the story with us and don’t forget to leave your comments. Let us know what you think. Hope you will always support us >> http://teenmanhua.com << Thank you!

I Became the Tyrant’s Secretary

I Just Want To Walk On The Flower Road

Is It a Fortune or Is It a Woe?