The Time When We Were Young 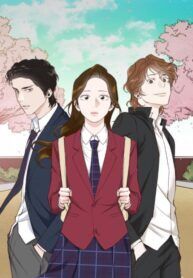 What We Liked Those Days / Choi Ah-ran, a novelist and publisher, runs a publishing company while hiding the humiliation of her past as Jo A-han, a writer who made a big name for herself 20 years ago with an internet novel about the popular leader of Sanggo High falling for an an ordinary high school student. Ah-ran goes to her parents’ house, where she grew up, to announce the end of her engagement, but loses consciousness and is dragged into the realm of internet novels, ‘Cheonyangsi.’ Cheonyang-si is completely different from reality. Her now divorced parents affectionately wake up Ah-ran, and emoticons expressing their feelings appear in the speech balloon. The spelling is a mess! Such a clich blabber! Ah-ran goes to school in an unguarded moment and realizes that this is an imaginary world where the laws of Internet fiction are constantly occurring. This is a world I made up, so I can escape!’ While searching for a way to go back home, she goes to the city with her friend Soyoung, and meets the Four Heavenly Kings in the arcade. Ah-ran falls off the stairs and lands on Kang Hwiyoung, the head of Sanggo-chan. ‘Oh, no! If you fall like that, there is a high probability that you will kiss Sanggo-chan regardless of your falling position!’

I didn’t anticipate the betrayal on that day