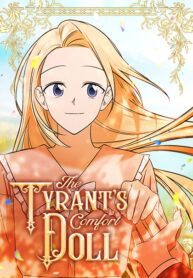 Legend has it that a man with black hair and red eyes will bring destruction to the royal family of Den Helder.

Because he was born with these traits, Rayton was shunned by the palace, he was considered a “cursed one”.

When the vengeful prince staged a bloody coup years later, the helpless youngest princess, Setz, was also killed by his sword.

Little did Setz know that she was about to wake up in her body five years ago. And it came true, she has a new chance, it’s her chance to side with Rayton’s good side and turn her fate around.

Breaking the prince’s cold exterior is a big challenge, but once she proceeds, there seems to be no way back!
As Rayton becomes more and more attached to her, Setz is drawn deeper into the dark conspiracies going on around the palace.
Has the princess really escaped death, or is she in more danger than ever?

The Duchess of the Glass Greenhouse