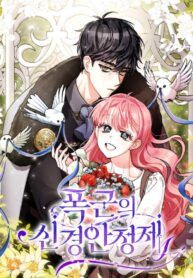 Just because I criticized a novel doesn’t mean you have to make me into the supporting character Amelie, who died from the start, becoming the trauma and trigger of the heroine.
I’m scared. I don’t want to die. I don’t want to be harassed.
Let’s run away!
But just when Amelie visited her family to inform them of her departure, the Emperor (the tyrant) arrived. In order to escape, I transformed into a bird by magic.
But the Emperor took me with him!!!
What’s going to happen to me?!

When a Thousand Moons Rise

Full Marks Hidden Marriage: Pick Up a Son, Get a Free Husband