The Villain Discovered My Identity 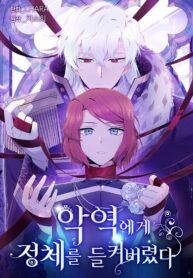 The Villain Discovered My Identity Average 4.6 / 5 out of 27

Although she was once a promising student of kendo. But due to an accident, she is forced to live a simple life.

After Seo Yuri got into a car accident while traveling back home. She was reincarnated in the novel “The Song of the Moon”. She became the twin sister of a supporting character – Selena.

Selena hopes to stop the destruction of her family, however, she is forced to take the place of her runaway brother, Celestine, in the knighthood!

Will she be able to avoid the villainous Crown Prince, Ignis, and survive?!

Join us to read the story and don’t forget to leave your comments. Thank you! Hope you will always support us >> https://treemanga.com/ <<

Ways to Break Up with the Male Lead