Why Would a Villainess Have Virtues? 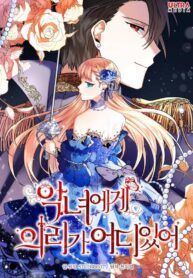 N/A, it has 4K monthly views

Read manga Why Would a Villainess Have Virtues? – teenmanhua.com

Charlotte had dedicated everything to the Emperor in the past… However, what she got in return was stone-cold betrayal and freezing loneliness.
But, while she had been awaiting her death after being confined in prison, a questionable man appeared in front of her!
“Could you help me murder the emperor?”
Charlotte, who had danced with a sword for the Emperor, meets Ruslan and is reborn as ‘Juju.’ Now, her sword is directed at the Emperor. And the two who had met as comrades start bearing feelings that go beyond just that…
A romance that blooms in a revenge story that’s extravagant and strategic!
The story of the strong-willed and charismatic villainess, Charlotte!
“Why would a villainess have virtues?”

There Were Times When I Wished You Were Dead