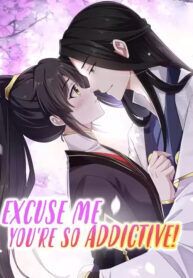 Excuse me!
Can you help Ling Zhixi who has been punished from heaven to help him through his tribulation?
Disguised as a man, she became a puppet emperor in the Ling Kingdom.
while becoming Xiaohan, the proud Major General was his mortal identity.
Xiaohan accidentally finds out that Ling Zhixi is actually a woman! In their day-to-day interactions, this icy Major General, not sexually attracted to women, has gradually opened up.

A Villain Is a Good Match for a Tyrant