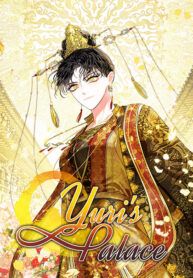 In the Sun Empire, only women can be the ruling monarch. In this world, Emperor Yuri, who doesn’t believe in love, struggles to stabilize her hold on the throne. Meanwhile, her treacherous husband aspires to become emperor himself. Seeing through his intent, Yuri decides to take in other consorts. While looking for candidates, she comes across former Prince Doha. He tells her that he believes in true love and that he doesn’t hate anyone. Intrigued, Yuri decides to invite him to the palace. What does she want? And will she be able to gain a firmer foothold on the throne?
Glass Castle / Her Castle / Le palais de l’impératrice yuri / 太陽の城 / 琉璃之城 / 유리의 성

How to Serve a Devil Prince

The Return of the Disaster-Class Hero

Beware of the Villainess!